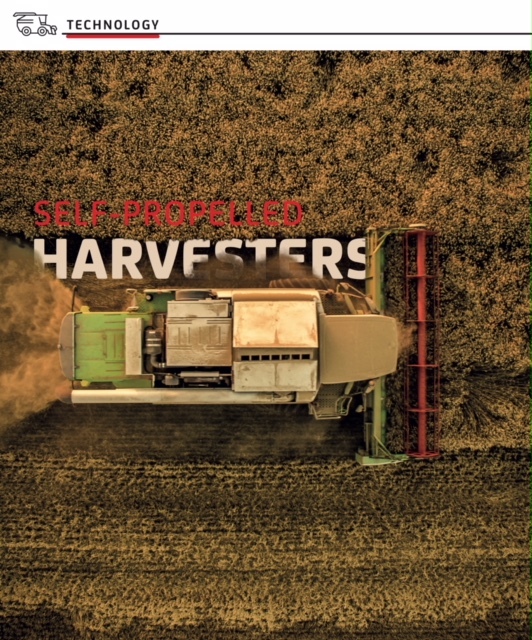 People have long been searching for ways to make this difficult work easier. The first surviving description of simple mechanical harvesting came from the 1st century CE, written by the ancient Roman writer Pliny the Elder. This harvesting was dubbed Gallic because it was used by the citizens of the Roman province Gaul. In contrast to modern reaping, the Gallic technique stripped the plants, harshly separating the grain from the stalks. However, after the 4th century nothing more was mentioned about this method and for many years threshing remained a manual job. Only at the end of the 18th century, after the beginning of Industrial Revolution, were some attempts made in England at creating a mechanical reaper. The reapers of English farmers Bois, Gladstone, and Smith are known. But the patent for the first mechanical reaper, many features of which are still around today, was earned by the American farmer and inventor Cyrus Hall McCormick in 1834. The basic elements of the reaper are a cutting tool and a reel, fixed on a moving platform on wheels. The reaper’s cutting tool cuts stalks like scissors. The cutting is done by in-and-out movements of one knife blade towards the other one, which stays fixed. The reel serves to bend the stalks toward the cutting tool. The reel grabs the stalks and holds them at the moment of cutting, just as a man would do with his sickle, and lays them on the platform. At the same time, the harvested materials are packed inside the drum as the reaper moves.

The threshing process was also at the forefront of the interests of English inventors. Still, in the 18th century, attempts were made at inventing the machine to replace manual threshing, which was called a separator. After some unsuccessful attempts, Scotsman Andrew Meikle thought of using a quickly-rotating drum for threshing, and his idea was realized in 1786. At first, the drum was rotated by horses.

The winnower, with a rotating fan which created an airflow to separate the grain from the chaff, was first used in ancient China. The fan was manually driven. The Chinese printer Wang Zhen wrote about it in 1313 in his work on agriculture “Ning Shu.” This winnowing technique developed in China came to Europe only in the 18th century. In 1737 the Scottish farmer Andrew Roger invented his own winnower. Like its Chinese counterpart, the winnower was driven manually.

From manual mechanisms to engines

Though all these devices simplified harvesting, the decisive breakthrough in the reduction of the process’s labor-intensity was when harvesting machines were equipped with engines to set them into motion.

This became possible with the appearance of the first steam engines. In 1842 in Racine, Wisconsin (USA), inventor Jerome Case founded the J.I. Case Company, manufacturing McCormick steam threshers. The firm was recognized all over the world as the first manufacturer to use the steam engine in agriculture. Moving the harvester along the field required not only a steam engine but a car or a tractor. The first tractors used steam engines as well. In 1850 the English inventor William Howard used a steam car (locomobile) for agricultural work. The invention spread and steam plows were widely used in the second half of the 19th century in some European countries (especially in England, where they numbered over 2,000). At the beginning of the 20th century, steam engines were replaced by combustion engines that helped to improve these devices all around.

The idea for the combine harvester came to American Samuel Lane in 1828, who received the first patent for a combined harvesting machine, which simultaneously cut the grain, threshed it and cleaned the grain from the husks. It meant that using just one machine, it was possible to reap, thresh and winnow. But this machine was never built.

In 1834, also in the USA, Hiram Moore received a patent for a combine whose structure is similar to our modern machines, and in 1935 he built a working model, which harvested 50 acres of wheat. This machine was driven by horses or mules.

Sometime later, George Stockton Berry proposed using a steam engine to drive the combine and its mechanisms, while simultaneously using straw from the field to heat the boiler. Of course, after tractors with combustion engines appeared, they were used for such purposes.

At the same time, the idea appeared of making combines self-propelled. The first combine produced by the Holt Company in 1905 had a 36-foot (11 m) cutting device

combined with a 120 HP self-propelled steam engine with a separate auxiliary steam engine.

In 1907, the same Holt Company installed an internal combustion engine in the combine. However, self-propelled combines became widespread only in the 1950s.

The yield of grain crops during the 20th century increased more than tenfold, on average. Of course, the traditional combines of that time became unable to cope with such volumes of harvest. First, grain losses increased: the combine did not have time to process the much larger amounts of mown grains, and as a result, not all of the grain was extracted. Second, the level of grain damage increased. To address these shortcomings, a new type of combine, called a rotary harvester, was invented at the end of the 1980s.In contrast to the traditional combine, instead of a threshing drum, rear beater and separator, the new machine was installed with a longitudinal rotor, where the threshing and separation took place at the same time. This improved the combine’s productivity and helped to reduce grain damage and loss.

In the 1980s combines were equipped with electronics to measure the threshing effectiveness. The new hardware allowed operators to reduce grain losses during harvesting and at the same time to get better harvests by optimizing the driving speed and other parameters. As for the comfort of their drivers, the combines start- ed to seem like expensive cars.

In the 21st century combines became computerized. Now, thanks to automatic control using GPS, it is possible to move the combine along with a predetermined trajectory and to monitor the working elements of the combine in accordance with the programmed trajectory. Experts think that driverless combines are not far off.